When nothing is something

July 10, 2013 – In our 24/7 news world, when the media needs a constant stream of content to fill program demands, when communications strategists (like me) advise companies and organizations about what to say, when to say it, who to say it to, and how to stitch it all together, it’s refreshing to see a corporate leader with (at least temporarily) a more restrained approach. 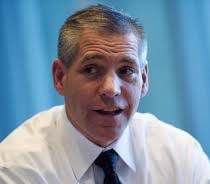 I’m referring to Russ Girling, CEO of TransCanada Corporation, the pipeline company that moves large quantities of oil and gas across North America. TransCanada has about 57,000 kilometres (35,500 miles) of pipelines. Its proposal to build the Keystone XL pipeline deep into the U.S. has generated a lot of controversy in both Canada and the U.S. TransCanada also builds, acquires, and operates power generation plants in both countries.

It was natural, then, in the wake of the Lac Mégantic rail disaster in Quebec, that the media turn to energy infrastructure companies such as TransCanada to work up a “railways-versus-pipelines” story. The media know as well as anybody that conflict breeds interest. It’s easier to retain or grow an audience when two sides slug it out, whether it be on talk radio or any of the innumerable “point-counterpoint” type television shows. Print media often follows along.

Which is why various print media reported on comments Girling made in Calgary as they tried to get him to enter into the “railways-versus-pipelines” debate. Reporters’ questions included “Some have suggested that bad news for rail is good news for pipelines. Would you agree with that?” and continued with “Are pipelines safer than rail for moving oil?” What impressed about Girling’s responses was not just what he didn’t say, but what he did.

What he didn’t say: although he undoubtedly has opinions on the issue, Girling wouldn’t get drawn into the debate at this time, stating that “There’s no good news here for anybody … This is a tragic event and … what we need to do is ensure we understand what occurred in events like this and make sure we do everything possible to make sure that those kinds of things don’t happen.”

What he did say: not just leaving it at that, Girling also took a swipe at the media for this line of questioning, saying “I don’t think that’s the issue right now. This is tragic event and this isn’t the time to have that conversation.”

It would have been easy for Girling to start talking up statistics about how pipelines have historically had fewer accidents than railways. By not taking the bait, though, he demonstrated not just business restraint but personal respect for the people of Lac Mégantic. In other words, class. That’s not all that common these days, at least not in the public domain. So when we see it, we should tip our hats. This isn’t to argue for or against pipelines or railways. It is, however, to acknowledge that, sometimes, in our communication/content crazy world, less is more and nothing is better than something.