When context is king 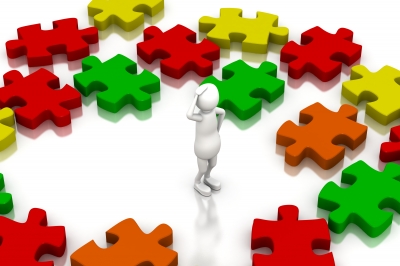 August 8, 2013 — Key to any successful communications initiative is understanding the context in which you are working. Too often, it’s easy to forget this simple idea as communicators rush to develop plans and produce “stuff” with which to engage audiences. It’s always smart to consider the context in which you are trying to reach communications goals. The danger is that, without a proper understanding of context, actions can easily be subject to misinterpretation.

Take the case of the National Rifle Association in the U.S. Just weeks after the December 2012 massacre of schoolchildren in Newtown, Connecticut, the NRA launched a new mobile app entitled “NRA: Practice Range”. Reports said it would “allow users to shoot at body targets with a red spot used to mark center mass.” The NRA was, in my view, correctly condemned for insensitivity and callousness. Thinking much more about context would have told the NRA brass that launching such an app at such a time was wrong; even worse was trying to defend that action through subsequent communications.

Closer to Canada, the chairman of the Montreal, Maine & Atlantic Railway, responsible for that horrific runaway train explosion in Lac Mégantic, Quebec in July that killed more than 45 people, gave a news conference that was a fiasco from many points of view. Speaking in the town, Ed Burkhardt committed two cardinal sins, however, before even beginning the news conference: he met with the media before he met with families of the victims, and he had not a word to say in French to the largely French-speaking population. In other words, he didn’t pay enough attention to the context in which his company was trying to communicate. He came across as distant, uncaring, and (worst of all) “corporate” in a situation that called for compassion and connection with people.

The Lac Mégantic tragedy, however, also offered an example of how paying attention to context can help communications. I noted in an earlier blog how TransCanada Pipeline’s CEO refused to get into a media debate on railways-versus-pipelines for oil transmission. Russ Girling’s position, given what had just transpired in the small Quebec town, was that “this is tragic event and this isn’t the time to have that conversation.” Result: in this instance, he and his company came across as caring and considerate, putting people first.

This week, Jeff Bezos sent a short open letter to all employees of the Washington Post after his purchase of the publication for $250 million. An important part of the letter was setting the context for the sale and for changes in the years to come, noting how the internet is transforming news gathering.

There are many other examples, good and bad. The key point, however, is this: no communication tactic is independent of itself. In developing any strategy, communicators must take the time to think through when it will occur, how it will be perceived, what hidden messages it may convey, and who else is communicating what at the same time. In other words, context. It’s king.